What is nondisruptive creation?

Nondisruptive creation is where one’s gain doesn’t have to come at the expense of others. Very often entrepreneurs associate market creation with disruption or creative destruction, focusing on displacing existing players and markets by bringing in a superior product. However our research shows that many new markets have been created without disrupting existing ones.

If you have children and live in any one of 147 countries around the world, from the United States, to Afghanistan, to Germany, Japan, or Yemen, you have heard of Sesame Street. Big Bird, Elmo, Ernie, and Bert are just a few of the lovable Muppets that teach preschool children how to count, name their colors and shapes, and recognize the letters of the alphabet. And the best part is that children have so much fun watching the program they don’t even realize how much they’re learning. But parents do, which is why they love it too. It’s the antithesis of what many people associate with education. It seduces and amuses as it educates the very young.

Sesame Street didn’t disrupt any prior market for early childhood education. It didn’t destroy and replace preschools, or libraries, or parents reading bedtime stories to their children. Rather, Sesame Street opened up a new value-cost frontier that unlocked the new market of preschool edutainment that, for the most part, had never existed before. In contrast to “disruptive creation,” Sesame Street is the result of what we call “nondisruptive creation,” as it created new market space without disrupting an existing market.

Now put children aside and turn to men. Many men’s lives were revolutionized through Pfizer’s market-creating move of Viagra. But did Viagra disrupt another market? Again, the answer is no. It was nondisruptive creation. By alleviating erectile dysfunction, Viagra solved a prevalent and previously unaddressed problem and took the world by storm. Demand for it rapidly grew into a multibillion-dollar business, creating a new market space of lifestyle drugs.

The new market of microfinance was created without replacing any other market.

Now think of the more than 3 billion people who live on only a few dollars a day. Here, too, nondisruptive creation stepped in to solve an unaddressed problem: the lack of access to capital that was driving the poverty cycle. In 1983, Grameen Bank began offering microloans without requiring collateral, enabling people to start businesses or engage in agriculture and climb up the income ladder while paying off a small debt. This strategic move created the new market of microfinance without replacing any other market. Until then, conventional banks had simply ignored the poor, whom they deemed unsuitable as borrowers. Microfinance has since ballooned into a multibillion-dollar industry with plenty of room for future growth. While climbing, it still reaches less than 20 percent of the potential new market, which today is served by both nonprofit and for-profit organizations around the world.

Online dating, health clubs, crowdfunding, ringtones, and routers, switches, and network devices are just some of the myriad multibillion-dollar industries that have been created in the last few decades through nondisruptive creation. Today, in fact, the fastest-growing profession in the United States, second only to information technology, is based on nondisruptive creation. It’s life coaching. Just 25 years ago, the industry did not exist. Now it boasts annual revenues north of US$2 billion. The advent and growth of the life-coaching industry have not come at the expense of any existing industry. Tens of thousands of new coaching jobs have been created without destroying any other jobs. Rather, the industry has created new demand, as people flock to life coaches to become more effective in both their personal and professional lives.

This short summary is a snapshot of the fundamentals of market-creating strategy detailed in Blue Ocean Shift. Be sure to check out the book for guidance on how to implement each step and use the tools of Blue Ocean Shift, including what works and what doesn’t, so you can achieve success. 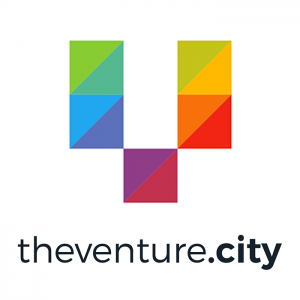 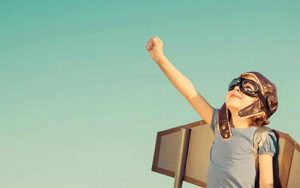