Much can change in five years.

The gale winds of creative destruction toppled iconic brands and created new ones.

As the pace of change continues to accelerate, leaders must play the long game to succeed in 2020 and beyond. This means thinking long term, focusing on customer needs and embracing new models. All good advice, but incremental improvements and hard work alone won’t cut it.

The most successful leaders envision a bold future and then make it happen. Real leaders are not just along for the ride — they shape the future by thinking big.

On a practical level, our research with 30,000 executives around the world reveals the foundation for 2020 leadership lies in strengthening six fundamental behaviors that are essential to being truly strategic.

Successful leaders know how to:

Leaders must constantly prepare for what’s coming next to get ahead of change. Most people recognize the value in looking ahead; however, those who anticipate well also look sideways to the periphery where disruption often begins.

Just consider how the intersection of new technologies gave rise to Amazon, Uber and 3D Systems before they became mainstream. In the future, leaders will be challenged to not just recognize these forces — think 3D printing, robotics, infinite computing and genomics — but also to leverage them in innovative ways to disrupt and transform industries.

Complacency is a surefire way to lose the long game; the status quo is dead-end street. Long-term oriented leaders constantly question the assumptions of their business model and reinvent themselves as a result. Create internal groups like the “Pixar Braintrust” where diverse teams candidly criticize projects on a regular basis.

As co-founder of Pixar, Ed Catmull says, “Put smart, passionate people in a room together, charge them with identifying and solving problems, and encourage them to be candid.”

In 2020, the need to challenge deeply will be heightened due to greater difficulty differentiating oneself in a more connected, competitive world. You will be competing against the global best, not just the local elite.

3. Interpret and connect the dots.

A growing demand for data scientists, fueled by the buzz around big data and the value of algorithms, will make savvy analytics merely table stakes for 2020. With new apps and technologies collecting a deluge of information, leaders must be adept at digging beneath the surface, amplifying anomalies and finding hidden connections to gain fresh insights.

Given the complexity of information as we head toward 2020, leaders must analyze multiple paths forward — and then spring into action without being paralyzed. GoPro founder Nick Woodman created a convenient waterproof camera for surfers after trying a makeshift model for his own use.

It consisted of a Kodak camera tied to his wrist with a broken surfboard leash. After exploring numerous ways to realize his vision, he spent 18-hour days working on his prototype, and today is a leading force in the camera market.

Pixar’s “morning after” debrief meeting, as well as Amazon’s “two pizza rule” for ensuring manageable team size are designed to focus teams on idea generation and relentless product improvement. The premise is that both alignment and innovation come from creative tension and cross-fertilization, with no holds barred.

This approach will be ever more important as leaders need to embrace diverse perspectives and bridge differences to find the best solutions. As Hala Moddelmog, former president of Arby’s Restaurant Group, says, “You really don’t need another you.”

6. Learn by experimenting and turning failure into opportunity.

Sara Blakely, founder of Spanx, loved that her father would often ask, “What have you failed at this week?” Learning early on that the essence of failure is not trying, rather than a bad outcome, she developed the perseverance to build a billion-dollar empire.

This is the core of Google’s moonshots designed to pursue radical future breakthroughs. Although few will succeed, leaders have to embrace experimentation to promote transformation. Evolving the Agile Methodology beyond software development, Google X learns from successes and failures to determine how to adjust and where to make big bets through rapid and rigorous feedback cycles.

The year 2020 will be here sooner and be far more different than we think. Strategic leaders can’t predict the future, but they can shape it and prepare to seize the boundless possibilities that lie ahead. The skills, values and mindsets reflected in the above six building blocks are what it will take for leaders to win in 2020 and beyond.

This article is published in collaboration with Business Insider. 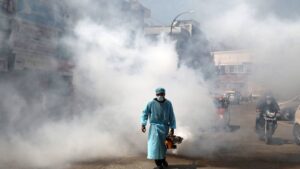